Mail has been fixed; you should now be able to confirm your e-mail address, watch pages, and the like.
Please report any issues on Discord.

Legend of Zelda Spirit Tracks D-Pad Patch This patch implements non-touchscreen controls for essential actions in Legend of Zelda Spirit Tracks. I recently found out that there's also a patch for Zelda: spirit tracks that lets you control with the D-pad instead of the stylus. I gave this a try and it seemed to work nicely, but then I couldn't get past the first train section due to the anti piracy measures. Welcome to ZeldaMaster's 100% Let's Play of The Legend of Zelda: Spirit Tracks! This will be a fully commentated Let's Play/Walkthrough covering everything!

Spirit Tracks is the sequel to Phantom Hourglass and uses a modified version of its predecessor's engine. Yes, Zelda really is a spirit, and she's even playable for the first time since The Wand of Gamelon and Zelda's Adventure ever!

There are a number of placholder models for the houses in Hyrule Town. They carry the name of the building they're supposed to represent on their front.They all look the same, so only one of them is shown here.

This is an early model that shows the train wagon.

DSDK is a temple station platform that is not used in the game. This platform was meant for a dungeon in the dark Realm, which was cut.

Temple of the Ocean King

DNGN.nsmbd ('DNGN' stands for 'Dungeon') is the Temple of the Ocean King's outside entrance, specifically a 3D model of it, which goes unused. In the final game, Link does get to visit what could be considered a homage to the temple, but he is teleported there instead via a statue in a remote island. It is not clear that this is in any way related to this model however.

This is a leftover from before the entire Hyrule Town Map was implemented using one MapObject.

Ciela the fairy was ported over to Spirit Tracks with only one animation: bouncing. She is named NAVI internally, like she was in Phantom Hourglass. This is the lower-resolution model of Ciela used as a stylus pointer, not the cutscene model.

This is a very early, rough version of the Water Boss arena. It only contains rough geometric shapes and crude textures, and is usually the first step in creating a Map from a piece of Concept art.

This is a different version of the Water Temple Boss Arena. While it is unused, it looks more polished for some reason (at least to my eyes).
Differences include the Arcs surrounding the central structure having different shapes and textures compared to the final one.

Top of the Tower of Spirits

Early Top of the Tower of Spirits Level Geometry.

Early Tower of Spirits Staircase Interior. There are 4 Versions of this, bottom, two middle ones, and the top. They all look the same though, so they're omitted here.

Early mode of Hyrule Town. There are three other versions of this.

Different version of Hyrule Town. There are three versions of this, TRGE, TRDA and TRBF. They all look identical, so only one is shown here. (From the Abbreviation, it can be deduced that some of those were used as Placeholders for Stations on the Train Map.)

Early version of the Overworld Forest Map from the E3 Demo.

This corresponds to this Minimap: 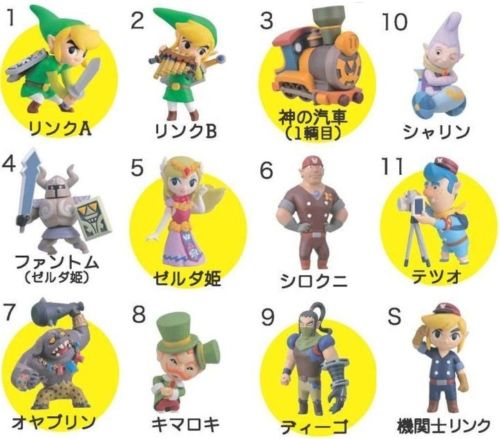 Note that there is some geometry outside of the Area shown in the Minimap.The various odd missing Surfaces are due to this being supposed to be viewed from a Train perspective, not a birds eye view.

Two unused music tracks from Phantom Hourglass were carried over to Spirit Tracks. They both use slightly different instruments and echo effects, hinting that these updated versions were meant to be used.

The Boss Battle theme is sandwiched between the Cole/Possessed Zelda battle music, and the 'Protect Zelda from Possessed Cole' battle music, so it may have been meant to play for one of those battles, or in an entirely separate part of the final boss.

Byrne has a fully textured mouth, but the player can never see it since it's always covered by his scarf.

A bunch of placeholder textures were left over in the MapObj folder.

Found in HOT0.nsbtx, the Japanese text translates to 'Merchant'. 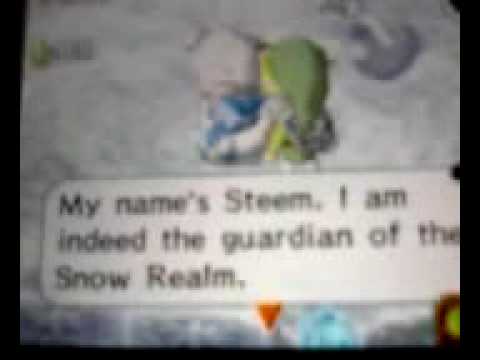 All of these were found in DRMC.nsbtx. The Kanji symbols translate to 'Forest', 'Snow', 'Water' and 'Fire' respectively. Presumably, these were used as placeholders for the realm symbols.

A debug font that is similar to the font used in the FDS version of The Legend of Zelda.

Alongside the debug font, there is this odd-looking text file. 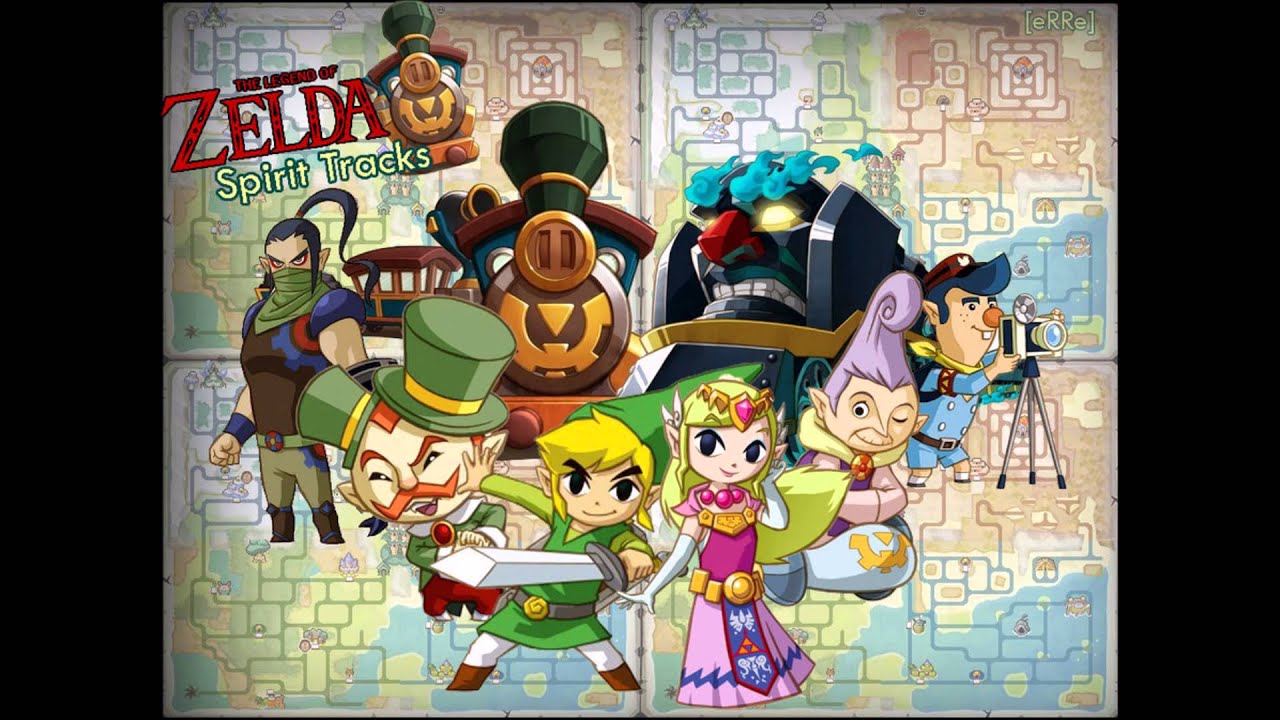 The Demon Train Map has a Placeholder Minimap.

The demo presented at the E3 convention had three modes: a train section, a dungeon section, and a battle with the first boss.

The E3 version used a small red flag on the map to show the target (the Castle City in the demo). Its graphics are still in the final, just unused.

Graphics for the title screen, mode select, and ending screens are still present, as well, plus Mic Test menu graphics. Oddly, only the English versions of the graphics are present, although there are multiple language files for the demo text.

Leftover E3 map images for the touch screen. These cover the E3 dungeon, boss room, and the outdoor tutorial area.

The E3 dungeon is roughly a compilation of many puzzles from other dungeons in the game in a fire setting, but it's still present in the final. It can be accessed in the PAL version by using an Action Replay code to delete the current save file and replace it with one that triggers the E3 dungeon when opened (start a new game, hold L + R while saving, quit, then reload). The code is:

There are some oddities with the dungeon, though, alongside glitches not present in the E3 demo:

The American and European versions of Spirit Tracks, like many other Nintendo games, contain two different English translations, due to being localized simultaneously yet independently by Nintendo of America and Nintendo of Europe. In most cases, the American translation generally takes more liberties, while the European one has more literal dialog. Some sentences with grammatical errors found in the American version were fixed in the European version. They also have different names for many of the characters, items, and locations.

The French and Spanish scripts, while being present in the American version, were completely redone by NoE down to some of the names, due to subtle differences between the European and the Quebec/Latin American dialects.

While the American and European versions have the text aligned to the left, the Japanese version has the text centered.

Also, the Japanese version made the Tower of Spirits slightly easier. On the fifth visit, two puzzles were shortened significantly and on the sixth visit, the final floor is now entirely optional.

The game removes the train control UI if it detects that it's been pirated. This effectively prevents the player from getting far into the game, since there is an early train driving section in the game.