The legal case in focus for this project is the SEC vs Stratton Oakmont. Stratton Oakmont was an over the counter brokerage firm founded by Jordan Belfort and Danny Porush. Throughout the history of the firm, they were notoriously known for defrauding their investors and laundering any proceeds collected from such transactions. Both Jordan Belfort and Danny Porush were indicted for securities fraud and money laundering, and their company was ceased by December of 1996. In 2014, Belfort was sentenced to 4 years in federal prison but only served 22 of those months.

The moral dilemma faced by Belfort and Porush is to choose between doing something they love that also negatively impacts others or to look for other ways to make ends meet. It must also be mentioned that the types of stocks Belfort was selling were penny stocks, which are stocks not traded on the New York Stock exchange. Penny stocks are made available for the everyday man/woman, and it was people like them who were defrauded by Belfort and Porush. It is clearly wrong to “steal” from someone; however, it is another thing to “steal” from those who actually need it. Belfort created Stratton Oakmont for the precise reason to defraud those not as intellectually capable as he was. Many are familiar with the character of Robin Hood, a man who steals from the rich only to give it back to the poor. Jordan Belfort, on the other hand, is the anti-Robin Hood, he steals from the poor only to give back to the rich.

Furthermore, I believe he deserved the punishment he received and is lucky it ended up the way it did. In the case of Stratton Oakmont, for the court to determine whether there is reasonable likelihood a defendant will violate securities laws in the future – they look at several factors. Whether the violation was isolated or part of a pattern, whether the violation was flagrant and deliberate or merely technical in nature, and lastly, whether the defendant’s business will present opportunities to violate the law in the future. For Belfort and Porush, it is crystal clear they were in violation of securities law as their actions were part of a pattern. Their efforts were flagrant and deliberate, as they knowingly created a boiler room to deceive investors continuously. And lastly, they did have opportunities to violate the law again as their entire job is solely to sell stocks.

There is an article on the Corporate Social Network entitled: “The Impact of White Collar Crime on Society, A Lehman Brother’s Case Study.” The article talks about the downfall of the Lehman Brothers and the ways they contributed to the 2008 financial crisis. The Lehman Brothers were found guilty of fraud as well by deceiving investors that the company was liquid enough to cope with the economic turmoil. Furthermore, the article stated that there were several impacts on society – the breeding of a company culture of impunity and potential financial crisis. In the case of breeding a culture, if a firm is deceiving its investors, it must be that it comes from the executive management team and trickle down and influence those below them. And much is the same for Stratton Oakmont, much of the impacts on society are the same. Stratton Oakmont created a company culture of ethical ambiguity and impunity. 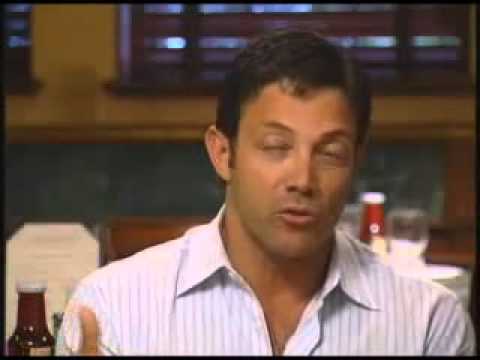