Canadian cloud provider SherWeb has launched its first IaaS product, one that looks to differentiate itself by price and performance in an ultra-competitive market.

'The IaaS market is getting crowded. But we get a lot of feedback from partners and clients that the performance element is kind of a downside using some of the large IaaS providers,' Boisvert said.

SherWeb, headquartered in Sherbrooke, Canada, was founded as a hosting provider in 1998, but turned toward the SaaS market in 2005. Since then, the company has specialized in data backup and hosted Microsoft products -- Exchange, Lync, Sharepoint.

The company has more than 4,000 partners reselling its Microsoft SaaS solutions, and about 60 percent are doing so through a white-label program.

But Sherweb has set its sights on being an IaaS provider, and company executives hope to see 40 percent to 50 percent of the business coming from the new product in three to five years.

In July, it bulked up its infrastructure, and more-importantly, it's technical know-how, by acquiring North Carolina-based cloud provider OrcsWeb, which has since operated as an independent subsidiary.

'We focused on performance from the start,' Boisvert said. 'What would give us the best performance-to-price ratio. We want to make our spot in the market and we want to make some noise. Our pricing is aggressive.'

The cloud achieves superior performance because it doesn't over-provision by running too many virtual machines on the same physical servers, as well as through fast CPU cores and all SSD storage, Boisvert said.

If you go to AWS and provision the exact same amount of CPU and RAM, 'ours will perform much faster,' he said, adding, 'You think CPU is CPU, but that's simply not the case.'

The IaaS offering also comes with transparent pricing, he said.

The cloud went live with a soft launch Sept. 30 and has already on-boarded a couple dozen MSPs and resellers. It has not yet been made available through the white-label program.

NEXT: Performance Cloud Features And Service

CISM Gestion Informatique, an MSP based just outside Montreal, has been a SherWeb Exchange Server and data backup customer for about four years.

Bernard Houde, CISM's president, told CRN he had been hoping SherWeb would bring to market an IaaS product for some time. Of all the manufacturers he regularly deals with, SherWeb offers the best support, he said.

'Whenever you call SherWeb, they always have someone right now to help you out. And this is why, when I wanted to have a cloud server solution, I asked SherWeb if they had it, and they said 'no but we're coming to it.' And when they had it, they called me back,' Houde said, adding, 'we sort of pushed them a bit' to introduce a public cloud.

CISM has been offering its customers Performance Cloud for about a year as part of a limited trial.

'We're really satisfied with the service. The performance of service and the quality of service is there,' Houde said.

Five nines are achieved by using top-of-the-line hardware from Dell and built in redundancy across the stack: storage, compute nodes, networking hardware and ISPs for connectivity.

'We also offer everything through network virtualization so clients can manage network resources,' he said.

And while SherWeb is known as a Microsoft shop, cloud customers can choose between Windows or Linux virtual machines.

SherWeb was named Microsoft Hosting Partner of the Year in 2013 and was a finalist again in 2014. The new offering now makes it a competitor to Microsoft Azure.

'We still think Microsoft is a very legitimate and good technology vendor, but we need to make our own place in the market and we have a number of differentiators in performance and level of service,' Boisvert said.

'We're not trying to be more Amazon than Amazon either,' he said. 'We are trying to make a name for ourselves.'

Performance Cloud infrastructure will be housed in SherWeb's three Canadian data centers until construction on a new U.S. data center is completed. More than 75 percent of the company's business comes through the U.S. market.

SherWeb plans to introduce database services, a white-label program for the channel and a Desktop-as-a-Service product. It also will offer a managed hosting service made possible by the OrcsWeb acquisition.

'If we can do all that in the next 12 to 18 months, we'll have a very interesting product at that time,' Boisvert said. 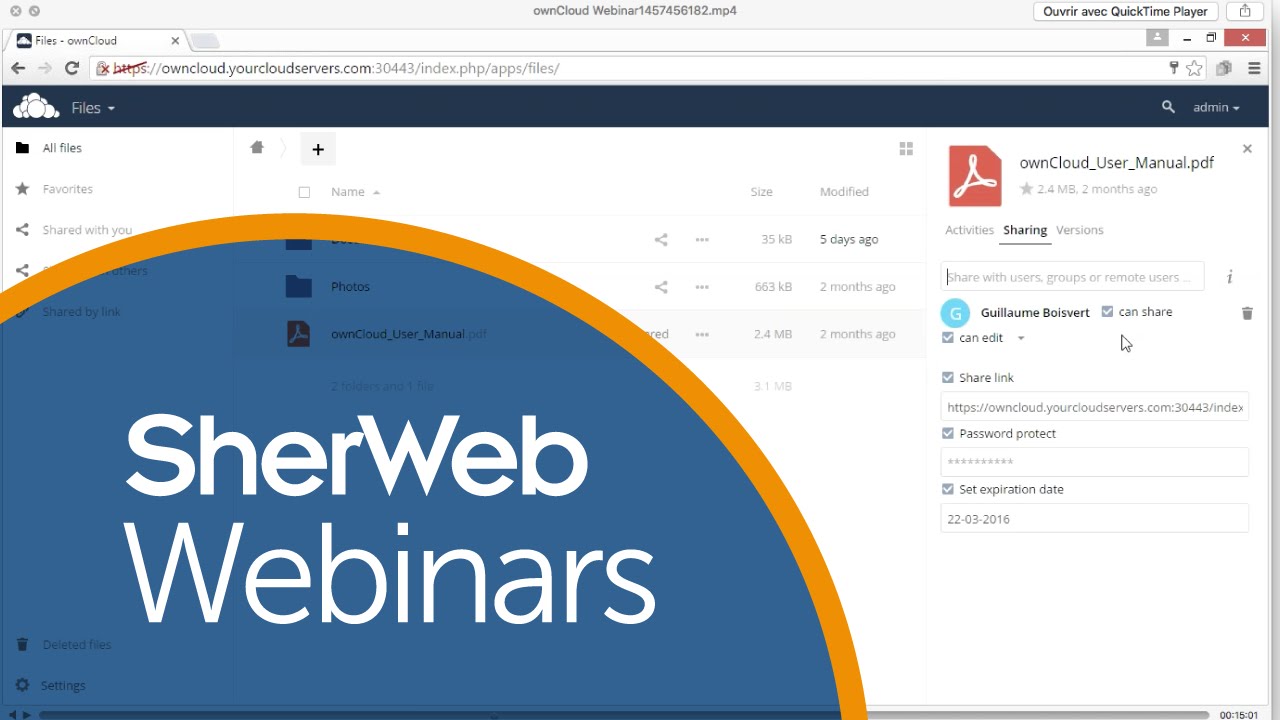