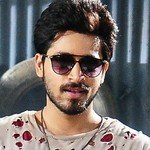 Bharoto Bhagyo Bidhata (Bengali: ভারত ভাগ্য বিধাতা; Devanagari: भारत भाग्य विधाता Bhārata Bhāgya Vidhātā 'Dispenser of the destiny of India') is a five-stanza Brahmo hymn in Bengali language[1] dedicated to Supreme divine God or Para Brahman who is the dispenser of the destiny of India. It was composed and scored in a highly SanskritizedBengali by Nobel laureateRabindranath Tagore in 1911. The first stanza of the song has been adopted as the National Anthem of India.[2][3][4]

The poem was first sung on the second day of the annual session of the Indian National Congress in Calcutta on December 27, 1911. Song was performed by Sarala Devi Chowdhurani, Tagore’s niece, along with a group of school students, in front of prominent Congress Members like Bishan Narayan Dhar, Indian National Congress President and Ambika Charan Majumdar.

In 1912, the song was published under the title Bharat Bhagya Bidhata in the Tatwabodhini Patrika, which was the official publication of the Brahmo Samaj and of which Tagore was the Editor.

Outside of Calcutta, the song was first sung by the bard himself at a session in Besant Theosophical College in Madanapalle, Andhra Pradesh on February 28, 1919. The song enthralled the college authorities and they adopted the English version of the song as their prayer song which is sung till today. Margaret Cousins (an expert in European music and wife of Irish poet James Cousins, then vice-principal of the college) set down the notation to the national anthem in the college, which is followed only when the song is sung in the original slow rendition style. At Dr. Cousins' request, Tagore made the first English translation of the song.

On the occasion of India attaining freedom, the Indian Constituent Assembly assembled for the first time as a sovereign body on August 14, 1947, midnight and the session closed with a unanimous performance of Jana Gana Mana.

The members of the Indian Delegation to the General Assembly of the United Nations held at New York in 1947 gave a recording of Jana Gana Mana as the country’s national anthem. The song was played by the house orchestra in front of a gathering consisting of representatives from all over the world.

Jana Gana Mana was officially proclaimed as India’s National Anthem by the Constituent Assembly of India on January 24, 1950.[5]

The English translation below has been adapted from an unverifiable source.[6] Some changes have been made to both the translation and romanization.

Apart from the above translation which follows the original very closely, Tagore's own interpretation of Jana Gana Mana in English is available as The Morning Song of India – via Wikisource..

Bala Murugan, better known by his stage name Gana Bala is an Indian playback singer in Tamil cinema. He rose to prominence after rendering the songs 'Aadi Pona Aavani' and 'Nadukadalula Kappala' from the soundtrack of Attakathi. He has predominantly sung songs belonging to the gaana genre of Tamil Nadu.[1] He has been credited for reviving the gaana genre in Tamil Cinema after 'Thenisai Thendral' Deva.[2][3] He has also penned lyrics for some of his songs.

Bala first tripped on 'Gaana' when he was in high school. He gained confidence as a Gaana singer when he joined Presidency College, Chennai to study Botany.[4] He later contested in the TV reality show Gana Kuyil Pattu that featured on Kalaignar TV and won it.[5] He has worked on a number of devotional albums and also performed on stage.[4] One of his independent albums, Vaanavil was released by composers Deva and Dhina.[6] He made his debut in the film industry with Piragu composed by Srikanth Deva, son of the 'Father of Gaana Genre' – Deva.[7] He first found success for his songs 'Aadi Pona Aavani' and 'Nadukadalula' in the sleeper hit Attakathi. Since then he has sung a number of successful songs under top composers like Yuvan Shankar Raja and G. V. Prakash Kumar.

He has also sung a jingle with composer G. V. Prakash Kumar to mark the 10th anniversary celebrations of Radio Mirchi Chennai.[8]

Apart from singing, Bala has also featured in some of his songs.[9] He has also appeared in a minor role as a mechanic in his debut film Piragu. He has danced for a song in 'Attakathi' Dinesh's second movie as hero, Vaaraayo Vennilaave. At the audio launch of Vikraman's Ninaithathu Yaaro, Bala expressed interest in acting and his desire to become a hero.[10] He will soon turn hero in a film to be directed by K. Selva Bharathy titled Parry's Corner. The film is said to ponder over the fact that while migrants to Chennai hit it big, Chennai-ties still live mediocre lives. Bala will be playing a cycle rickshaw driver.[11][12][13] 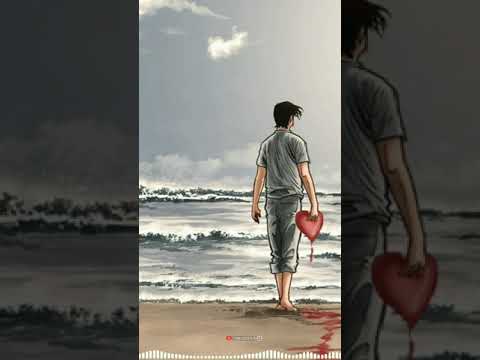 Bala is a law graduate and works as an advocate. He has contested local municipal elections twice as an independent candidate, losing only by slender margins. Bala, who identifies himself as an Ambedkarite, says,[4]