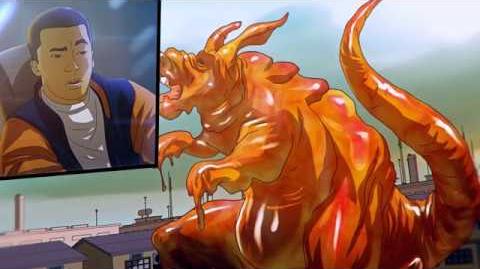 Let's Call It Mech-X4! (first seen) Listed below on the page is a List of Monsters, either created by Seth Harper or Principal Grey. Mech x4 versus harper's monster, Mech x4 versus monsters, mech x4 monster fight, The Final Battle! MECH-X4 Disney XD, Attack of the Zombie Virus! MECH. Ryan Walker, Seth Harper, Veracity Campbell, Kim Grey, Traeger, Leo Mendel, Spyder and of course Mech x4 are now in a grate Disney XD game where you have to catch the the monsters in the vicinity before they cause chaos. To obtain a grate experience in the game and to increase the DNA you will have to defeat the monster tapping on the either. Seth Harper Seth and Grace dated before. They first met in Let's Open The Monster Heart!, when a fire forced them and the rest of the employees, along with Ryan and his friends, out of Harper Futuristics. After Grace grounded Mark for snooping in her business, Seth took an interest in her and the two agreed to go out on a date. How well do you really know this awesome kick butt hero robot team 2016-2018 hit show? 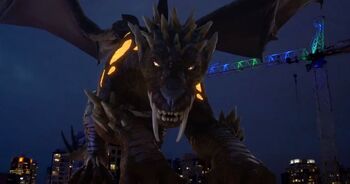 Yet another show I am a fan of, here's an idea I came up with for Season 2! I CAN HARDLY WAIT! I hope you guys enjoy the first chapter! HUGE thank you to Stardust16 for saying she would read this if I wrote it! 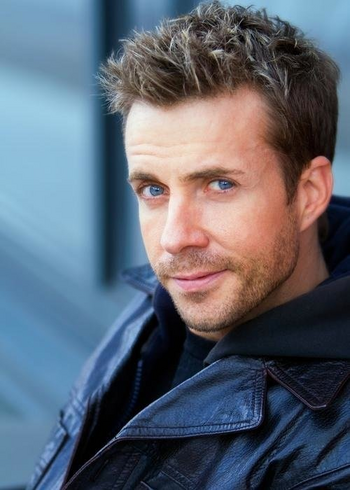 Ryan Walker high-fived his teammates as Seth Harper's dinosaur monster exploded into a puddle of ooze. Finally, their troubles were over. At last, they could go home and relax. But amidst the puddles of orange slime sliding down the street a hand rose, summoning other bits and pieces to its call. A larger shape began to form and rose from the ground. Seth Harper sighed as he brushed the ooze from his body. True, bonding with the ooze had most likely saved his life, but he despised the pollution within his body. Still, he shrugged it off. He would forge an antidote after he got his revenge. And he knew just where to start.

Seth quietly snuck up to the Walker house, using his newfound abilities to slide through the air ducts. He peered in on Grace's room, finding it empty. She was out of town for a food truck convention. Mark snored heavily in his bed, not even noticing the intruder in the vent. Finally, Seth found Ryan's room. He slid out of the vent and quickly reformed beside his bed, watching the boy's deep, even breaths as he slept. He whipped out a black cloth, and covered the boy's eyes.

'Can't have those pesky powers interfering with my plans, now, can we?' he thought.

Ryan woke immediately, startled by the presence of cloth on his eyes. Before he could say a word, he felt a piece of tape being slapped over his mouth. Ryan reached out with his power, but he couldn't see anything to activate with his mind. He felt himself being jerked out of his bed, the sheets falling to the floor, and having his hands yanked roughly behind his back. When he felt rope touching his wrists, panic set in and he tried to scream, but the tape over his mouth kept his cries silent.

Ryan grunted as a needle was plunged into his neck. His stumbled, overcome with sudden dizziness. Seth threw Ryan over his shoulder and climbed out the window. Ryan was unconscious before they even hit the ground.

REALLY short chapter, and I do apologize, but I'm the kind of person who, when working on a new idea, likes to grab the reader's attention before diving into the story. Let's see if it worked. If it did, then I could be back very soon! If not-back to the drawing board! Rates, comments and reviews are welcome starting...now! Thank you for reading!