Inciting Event: After meeting the wizard Howl (although she doesn’t know that’s who he is), plain Sophie, a hat maker, meets the Witch of the Waste who places Sophie under a curse that turns her into an old woman.

I’m a little conflicted about which is the true Inciting Event here—Sophie’s being rescued from the soldiers by Howl, or the Witch of the Waste’s curse. Obviously, Sophie’s meeting Howl is her first brush with the conflict, and it’s also what prompts the Witch’s jealous curse. However, the curse is both properly timed at the 12% mark and the obvious turning point.

Note how Sophie starts out by panicking about the curse (“rejecting” the Call to Adventure), before finally coming to terms with it.

First Plot Point: Sophie treks out to the Waste, looking for a cure. An animated scarecrow leads her to shelter in Howl’s moving castle. Exhausted, Sophie enters and strikes a bargain with Howl’s fire demon Calcifer, promising she will help break Calcifer’s bond to Howl in exchange for his help in breaking her spell.

Although this is actually a less dramatic moment than her being cursed at the Inciting Event, this is a clear entrance into the physical “adventure world” of the Second Act.

First Pinch Point: This is a busy pinch point. While shopping with Howl’s apprentice Markl, Sophie (who has nominated herself Howl’s cleaning lady) sees the Witch’s blob henchman while the harbor is being bombed by the kingdom’s enemies. She returns to the castle to discover Howl having a meltdown because Sophie had mixed up his potions and his hair changed colors. He admits to both vanity and cowardice.

The exterior antagonistic forces in this section are really just blinds (and pacing tricks to keep the story interesting and moving forward). Howl’s own strangely contradictory vices are the true antagonistic force endangering him and all those in his protection.

Midpoint: Howl convinces Sophie to answer the king’s summon on his behalf, since he claims he’s too much of a coward to go himself. Sophie pretends to be his mother. She meets with Madame Suliman, the king’s head sorceress, who reveals she wants to capture Howl because he is dangerously “heartless,” having given his heart to a demon. Howl arrives to rescue Sophie (and, incidentally, the Witch of the Waste, whom Suliman turned into a doddering old woman), and Suliman tries to show Sophie that Howl is really a “monster.” All three (and Madame Suliman’s dog) escape.

This scene presents the Moment of Truth—the revelation about Howl’s true dilemma—that changes the scope of the conflict for Sophie. She begins to admit she’s in love with him and to move forward deliberately to try to save him.

Second Pinch Point: That night, Sophie dreams Howl finally returns home, having turned himself into a monstrous bird through too much magic use. It turns out to be only a dream, but when she wakes, Calcifer tells her Howl “looks terrible.” Although dreams are always a tricky technique (especially in books), note how the pinch here comes almost entirely from the tone provided by the characters’ fears rather than from actual events.

Third Plot Point: After Howl rearranges the castle to give Sophie a hat shop in the city, the war—and Suliman’s henchmen—reaches them. With the threat of death all around, Sophie must also risk the thing she fears most when Howl throws himself into the battle to defend them. Climax: After the Witch steals Howl’s heart and Sophie unthinkingly throws water on Calcifer, the castle falls apart. Sophie uses the portal to revisit Howl’s past and see the truth about his symbiotic bond with Calcifer. She returns to discover a monstrous Howl dying.

Resolution: Sophie’s curse is broken. The cursed scarecrow turns out to be the missing prince from the kingdom they’re at war with. With his return, the war ends.

Sophie (voiced by Emily Mortimer), an average teenage girl working in a hat shop, finds her life thrown into turmoil when she is literally swept off her feet by a handsome-but-mysterious wizard named Howl (voiced by Christian Bale), and is subsequently turned into a 90-year-old woman (voiced by Jean Simmons) by the vain and conniving Wicked Witch of the Waste (voiced by Lauren Bacall). Embarking on an incredible odyssey to lift the curse, she finds refuge in Howl's magical moving castle where she becomes acquainted with Markl, Howl's apprentice, and a hot-headed fire demon named Calcifer (voiced by Billy Crystal). Sophie's love and support comes to have a major impact on Howl, who flies in the face of orders from the palace to become a pawn of war and instead risks his life to help bring peace to the kingdom.
Based on the novel by Diana Wynne Jones.
Hayao Miyazaki
Studio: 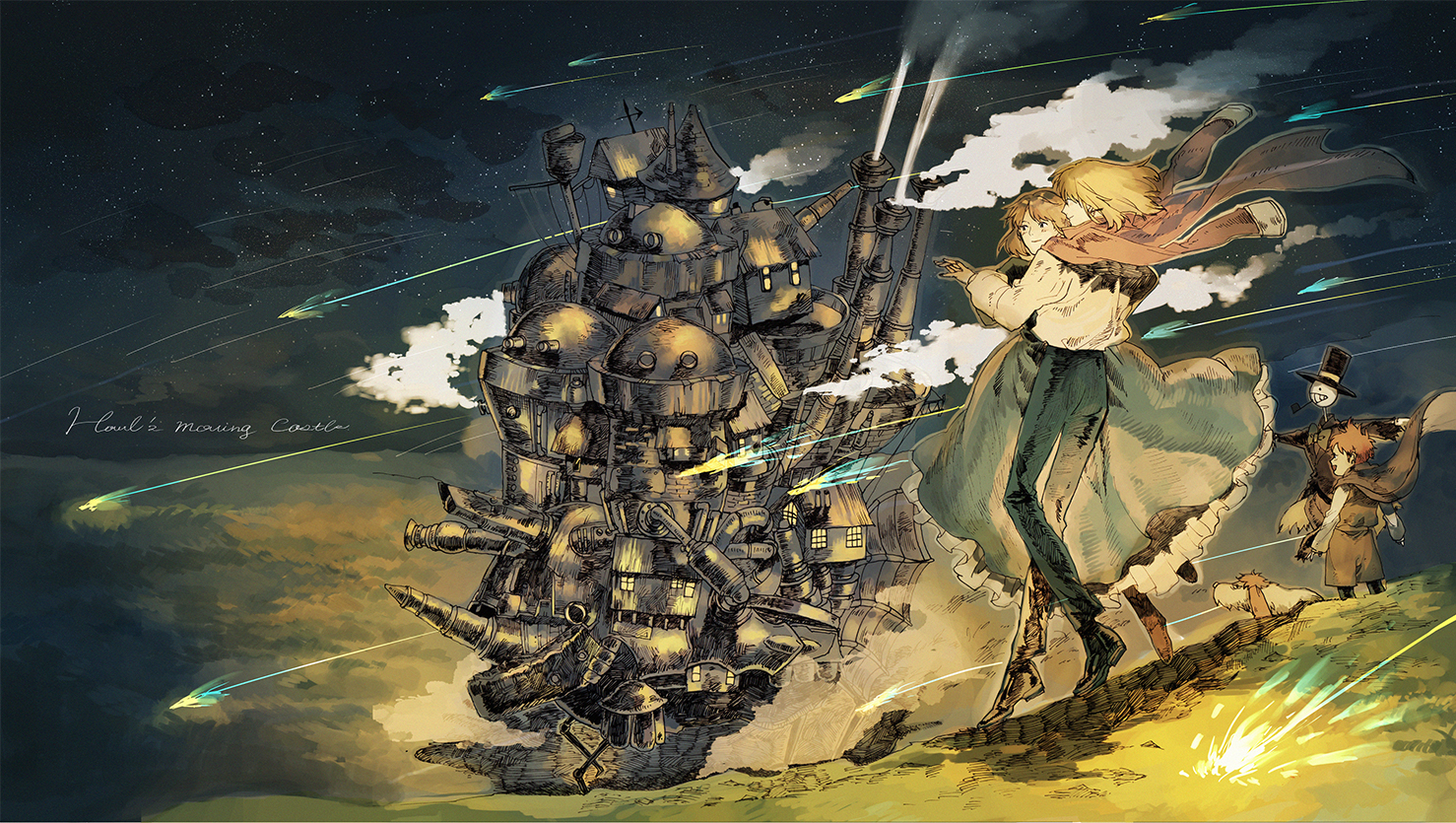 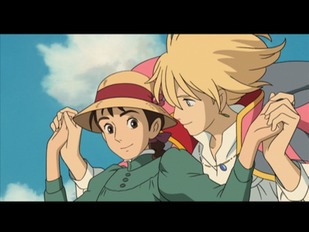 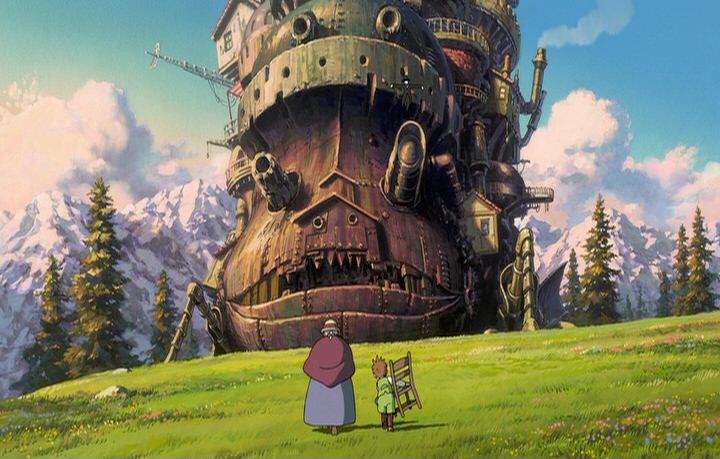