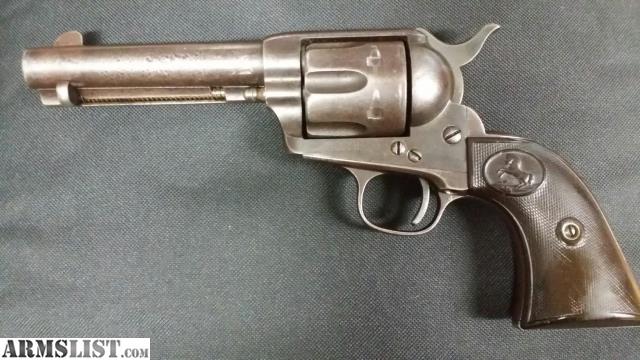 In view of the interest and frequency of this question, a review of all the research seems appropriate. It is known that 8000 Colt Single Action Army revolvers were purchased under the Army contract of July 23, 1872, all of which were shipped to the Springfield Armory between November 25, 1872 and March 18, 1874. The First Colt Single Action Army In 1872, Colt produced a run of three sample pistols for testing and examination by the US Army. The revolver seen above is Serial Number #1, the first production model Colt Single Action Army ever manufactured. The pistol was The US Army’s first service revolver to use a metallic cartridge, the.45 Colt centrefire. The pistol was based on the designs.