We see that Miura getting a new switch after the flashback as the switch already goes into Last One since he did unlock that power from before. Thanks to the roids though they get the switch out of his hands as Gen is yelling for Miura to stop. Scorpio there says he was too late still as Miura would have clicked the switch this means that no matter what he will do Miura still wants power. She makes a deal with Miura then to meet him where she gave him the switch the first time. After she leaves Gen tries to help him get out of this struggle, but Miura pushes him away with his reason of wanting power and that Gen will never understand him. Gen doesn't say anything back as Miura walks away saying he will press the switch countless times. Sonoda then appears as she acts like she doesn't know what's going and ask about Miura as she hides her switch behind her back. After more little scenes of the movie which got number 1 in box office this week! We see Gamou giving congrats to Sonoda for getting Miura back into the switches. Gamou even says that no one would expect a teacher being a zodiart so there could be more teachers with switches. He knows about Fourze though as he gives Sonoda a boost which is called Supernova. When he starts to leave she starts to praise him and promising to crush anything in the way. 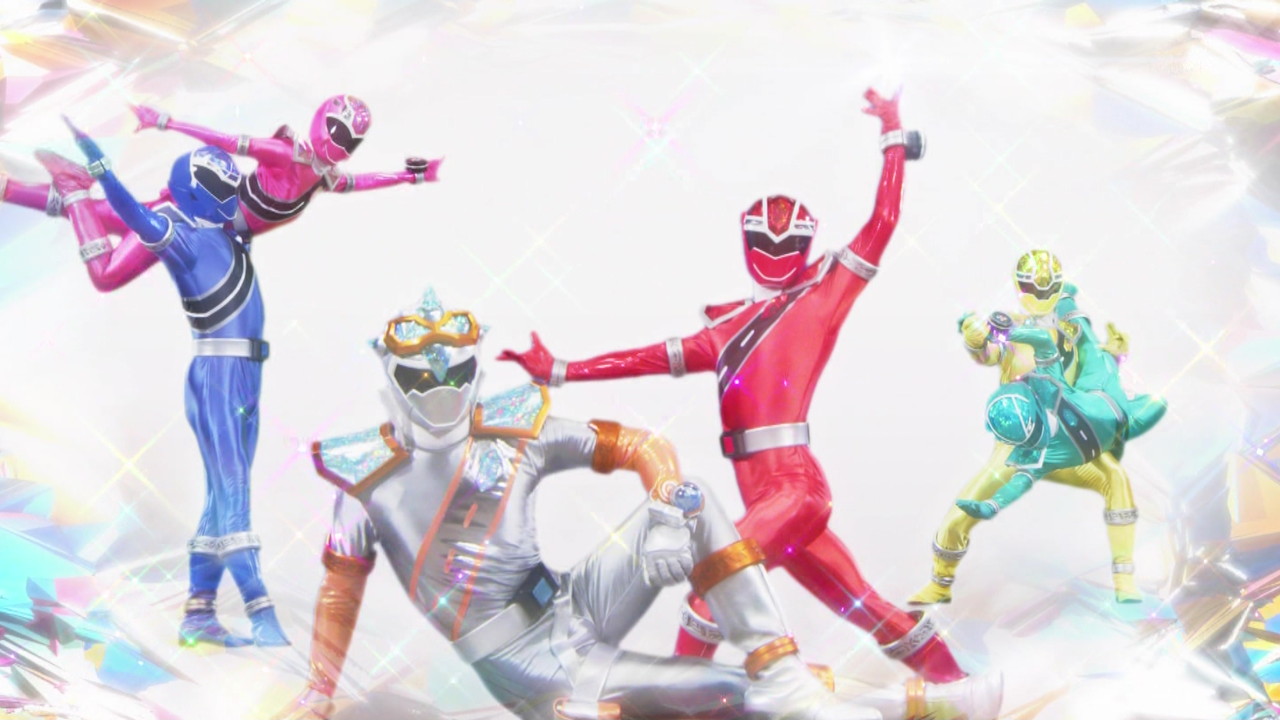 Meanwhile Gen feels like crap as he still needs to help Miura and he starts to search for me by any means. During his talk with other students Sonoda comes up to him saying she could have information on Miura. The two go to a dark room where Gen tries to look for any info, but Sonoda goes into Scorpion and attacks Gen. He tries to defend himself, but her stinger gets into him as she says that he will not get in the way of the Horoscopes. What she did was inject a deadly, but slow poison into him to make sure he suffers before his death. We go to the teachers where Oosugi has a picture of himself with a cut out image of Sonoda on it (creepy much) as she enters into the room and she is very happy. Hayami then asks about the situation of Miura and by her words everything is going fine. Yuuki is then running out of the school to probably go to the Rabbit Hutch as Mari wants to see Gen for trying to help as she gives Yuuki a collecting of pictures. Then she gets to the Rabbit Hutch and sees Gen in pain as Kengo talks about who are the Horoscopes as he suspects that they are the ones spreading the switches around. Kengo is looking at the toxic in Gen as Miu wants to plan for a counter attack. Also the only hope seems to be the Medical switch, but only Gen can use the switches. Tomoko then jumps onto the computer to help as she wants to save Gen and soon brings up an image of using the switch, but not while transformed. As a device would have to be used to use the switch and it will be a life risking task. Everything seems set, but for some reason Gentaro left! 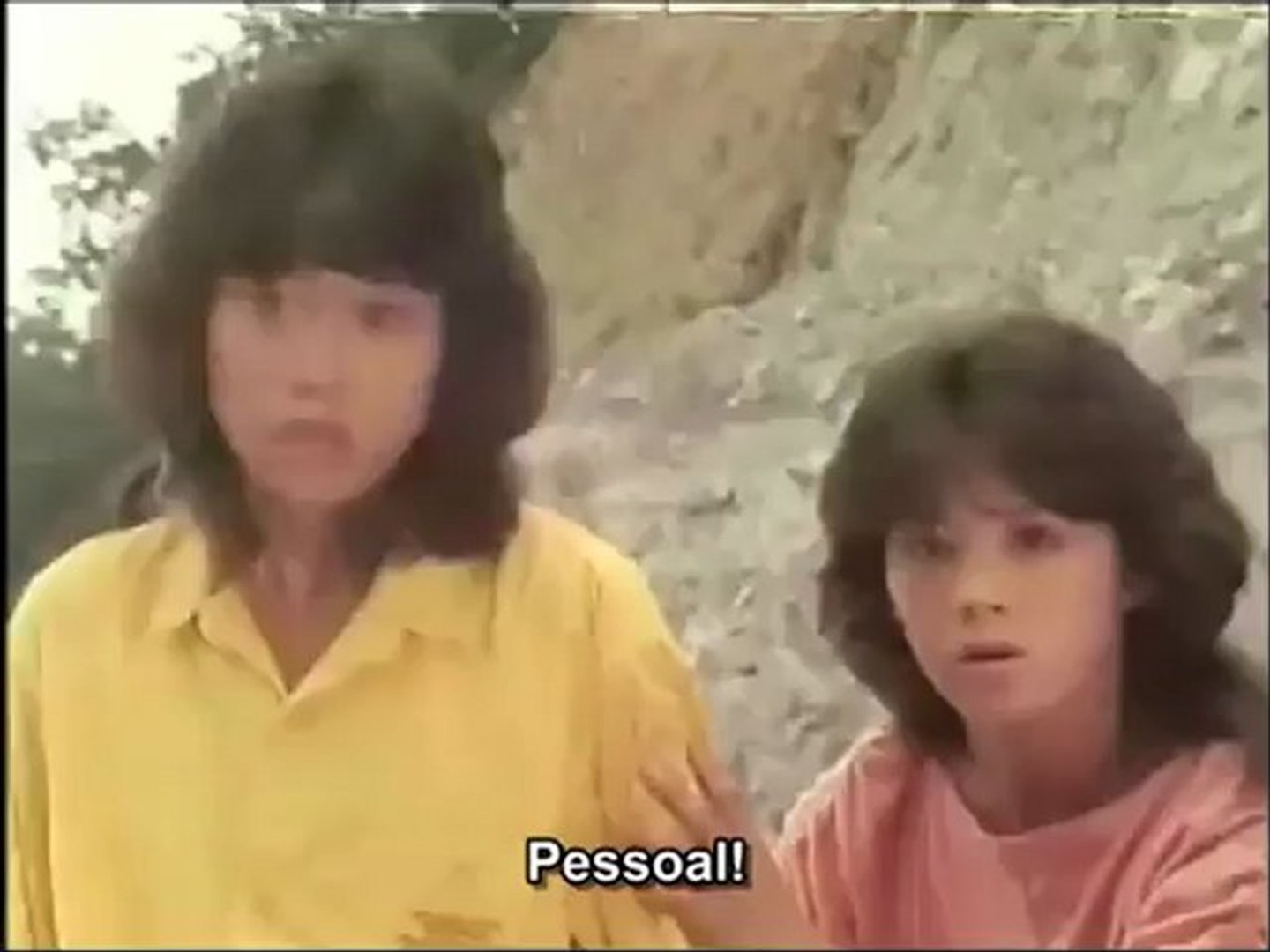 Jake then is searching for info on Miura as well as he sees Gen in pain and he was freaked out. We then see Miura going to the roof of the school where this was the first time he got the switch. Before Sonoda gets there though Gen and Jake talk with Miura. He does wonder about Gentaro, but he is mostly brushing off because he wants to help. Jake mentions about his life being in danger, but not keeping a promise would kill his soul. Miura though shoves him away and the pictures scatter on the floor and he sees the one of him smiling. He remembers the time when he was just polishing footballs to get on the team and how much he was smiling. All seems fine, but Jake gets stung by Scorpio! She then hits both of them off the building and luckily Shun comes in with the Power Dizer to save them. She then uses the Supernova to transform into a much bigger form and fights Shun. Getting knocked around then, Shun gets out of the machine and dodges a fatal blow, but he was still stung. The three are unable to move as Dustards kidnap Miura and bring him to a common spot for toku series. The rest of the gang shows up and Kengo got the device ready as he uses it with the Medical switch.

Back with Miura who has a switch directly in his face as he wishes to smile like he did before, wanting power to refuse the switches, and go back to school to have fun. Miura refuses the switch now as Scorpio tires to kill him, but Gen jumps in and kicks her away. After doing the club handshake with Miura as Gen transforms into Fourze and uses the Medical switch to give Yuuki the antidotes for Shun and Jake. He goes into Elek form and Dustards jump in to attack him. Having some issues he goes into Fire States and blasts the Dustards away with the Limit Break as Scorpio uses Supernova again. The big Scorpio knocks Gen out of the Fire States form as the powers of Supernova have the same readings of an exploding star! Gen uses the Power Dizer to shoot Scorpio into the sky and knocks her into space with the bike. He tries to finish her off with the Rider Rocket Drill Kick, but he was easily shoved away. Using it again though makes the attack much more powerful and finishes Scorpio off and knocks her back to the Earth as the team watches from a telescope. After he safe landing with the Parachute switch as he tries to find out who was Scorpio. What he sees though in the crater is himself as a new zodiart appears and takes the body. For failing, Sonoda's switch is taken away as we find out that Hayami the the Libra zodiart as he will take command now. We see that Miura is back at school and hearing in Sonoda's thoughts she wants her switch back. Gen tries to get another new member for the club, but Miura rejects that offer since he is with the photography club now to take picture of Mari's smiles. We then hear Gen wanting some love as well as Miu makes a joke saying a girl from space would be a good match (Foreshadowing).

Alright this review is much shorter this time, but hopefully when we get into much bigger parts of Fourze I don't write over ten paragraphs. Anyways this is another great episode as we see Gen is a die hard who will always keeps his promise even with some challenges. I still like that the identity of Scorpio hasn't been revealed to the heroes yet as it will be interesting to see Sonoda interact now without her switch. Sonoda is easily a threat and she is only one of the Horoscopes as Hayami is now going to step in and seeing how harsh Sonoda was this episode Hayami could be a much bigger threat. The episode also gives us insight that teachers are zodiarts and we know Oosugi isn't one. The interaction with the gang is always good, but a little predictable since they wanted to save Gen's life, but who wouldn't save a friend. The fight was great as we even see more potential for Fourze's powers with the new finisher. Overall even with this episode being predictable, Sonoda was great as she wasn't afraid to kill anyone in her way and seeing the team in a big life or death situation. The episode gets an A. I will also mention this I was thinking Kengo was going to be Fourze for this episode by the previews, but oh well it makes sense that he didn't, since he can't. 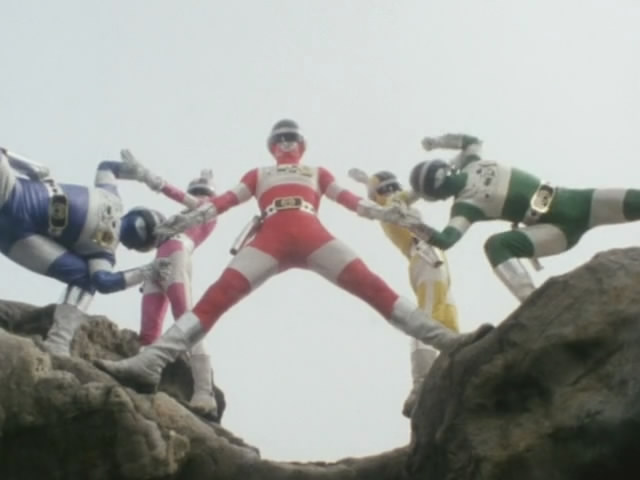 Next Week: Glee and Kamen Rider?