Stencils are reusable shapes that can be as simple as a square or triangle, or as complex as a multilayered and meticulously designed illustration of your cat. Once you create the thing and export a version as an OmniGraffle stencil file, you’ll never have to redraw that thing again. All you’ll need to do is locate the stencil in the Stencils Library and drag it to the Canvas.

Uploading stencils to Stenciltown from your Mac, however, becomes a little trickier because OmniGraffle saves stencil files (those ending with a.gstencil file extension) to a directory hidden within OmniGraffle’s container. The first thing that you will need to do to make it easier to upload stencils to Stenciltown is to add the Stencils. OmniGraffle does however have a dedicated following of users that have created repositories of free OmniGraffle Stencils although the best resources such as Graffletopia cost an extra $24 per year (but is well worth it if you’re going to be using OmniGraffle a lot).

This chapter shows you how to use the new Stencils menu and window to your advantage, how to create a new stencil and save that to your Mac, and how to properly set up your stencil in OmniGraffle.

Using the Stencils Menu and Window

To open the Stencils menu, click in the toolbar, or choose Window ▸ Stencils.

You can also choose to have the Stencils menu appear as a floating window, by either clicking in the upper-right corner of the Stencils popover, or by choosing OmniGraffle ▸ Preferences ▸ General ▸ Use floating stencil window.

To add a stencil shape to your project, select the object you’d like to use, and then drag that object to the canvas.

Once on the canvas, you can interact with the shape just as you would with any other object you draw. For example, you can rotate the object, edit the path with the Point Editor tool (requires OmniGraffle Pro), or use the shape to rapidly prototype a new web design.

At the top of the Stencils window is a search field that you can use to search through the existing stencils in OmniGraffle and—as an added bonus—Omni’s own online user-supported stencil repository, Stenciltown.

Stencils that already exist in OmniGraffle appear at the top of the search results, followed by anything new that’s been posted to Stenciltown.

How you use a stencil you’ve searched for depends on how it pops up in the results. Let’s say that you’re working on a techy diagram and you need some Boolean Gates. You click in the search field and start entering Boolean. As you type, OmniGraffle starts pruning what you see below. You’ll notice there are two categories of results: 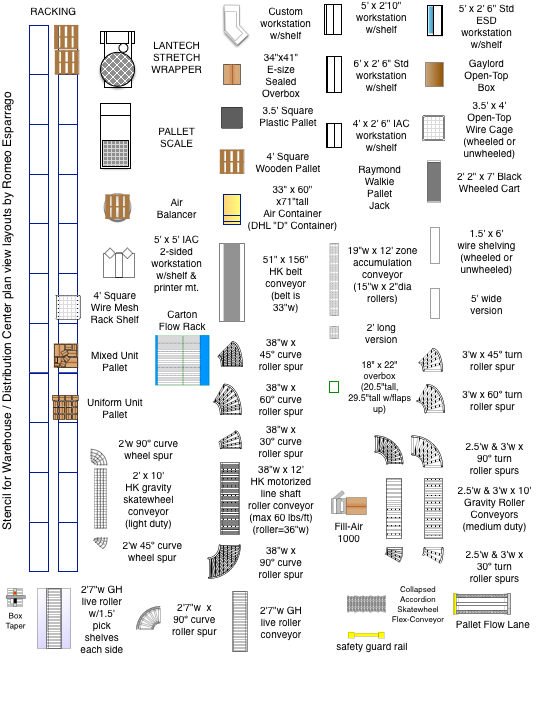 OmniGraffle only searches for stencils on Stenciltown if your Mac is connected to the Internet.

If you ever need to edit a stencil—say, to change an object’s color or size—OmniGraffle makes it easy:

Once the stencil is open in OmniGraffle, you can work on it just like you would with any other project.

Now that you know how to find and use a stencil, it’s time to learn how to create one. After all, part of the reason why you’re using OmniGraffle is to draw things, and there’s a good chance that you’ll want to reuse that thing again later. That’s where stencils come in!

What goes into making a great stencil, however, goes far beyond the artistic quality of the thing you create. There are some things you can do in OmniGraffle—from how you name the stencil file, naming canvases and objects, even adding descriptions for individual stencils—to help make your stencil usable and accessible to everyone who uses OmniGraffle. 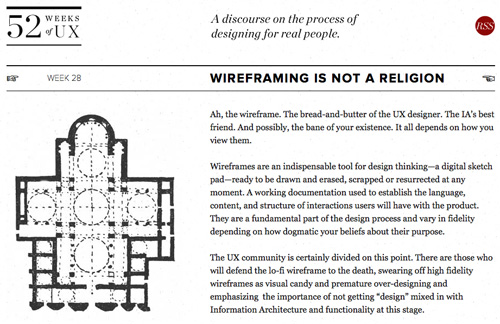 The remainder of this chapter is devoted to showing you the ins and outs of creating a really great stencil file. So, let’s start at the beginning—creating the stencil file.

Creating a New Stencil from Scratch

To create a new stencil, choose File ▸ New Resource ▸ New Stencil. An OmniGraffle stencil file looks just like any other OmniGraffle file. You have the same canvas. The same inspectors. Even the same toolbar. Under the hood, though, OmniGraffle specifies and recognizes this file as a reusable stencil.

However, when you save the stencil file, OmniGraffle's save sheet opens to the Stencils folder on your Mac:

Creating a Shortcut to the Stencils Folder

To make the process of Exporting an OmniGraffle Document as a Stencil to the Stencils folder a little easier, you'll need to create a shortcut to the stencils folder in the Finder's sidebar.

The other benefit of adding the Stencils folder as a favorite to the Finder's sidebar, is that you quickly add subfolders to organize your stencils, as well as rename or delete stencils, too.

If you need to access the Stencils folder from a script you are writing, the Unix path to use is:

If you have an existing design in OmniGraffle that you would like to also use as a stencil, do the following:

The stencils are ready and waiting for you in the Stencils window after exporting.

Tips for Creating a Great Stencil

Beyond the design aspect of creating a great stencil, there is plenty more that you can do to your stencils to make them more useful for other users, particularly if you intend to share them on Stenciltown. For example, how you name the actual stencil file can make a huge difference in how users see your stencil in the Stencil Library.

Here you’ll find a series of tips for things you can do with your stencils in OmniGraffle to help make them stand out in the Stencil Library. To get started, though, let’s look at The Anatomy of a Stencil...

The Anatomy of a Stencil

A Stencil is a single object (or a single thing consisting of a group of objects), whereas a Stencil Set consists of two or more stencils of similar meaning. For example, a Stencil Set could contain all of the icons for your website, or the ingredients you need for various baking projects you’re trying to illustrate.

When you look at a stencil in OmniGraffle for Mac’s Stencil Library, you can see all kinds of information about that stencil, such as its name, size, whether it’s part of a Stencil Set—even whether a particular stencil is on its own canvas in the original stencil file. If you’re creating stencils, here’s where all of that information comes from:

There is no restriction on the number of objects you can have on the canvas. Every object, or group of objects, is its own stencil. For example, if you have three objects on the canvas—two standalone objects and a group of multiple objects—then your stencil file contains three different stencils.

Group Objects That Make Up The Thing

Let’s say that you’re creating a bunch of stencils for standard kitchen utensils, such as whisks, spatulas, slotted spoons, and so on. Each thing you draw probably consists of multiple objects. If you don’t group together all of the objects for a particular item (for example, that whisk), each of those objects are exported as separate stencils.

Even if your OmniGraffle document only has one canvas, don’t just leave it named “Canvas 1”. Instead, enter a short name to the stencil, such as “Espresso Machine” or “Website Prototype”. This is particularly essential when you have a stencil file with items spread across multiple canvases.

The way to identify a stencil that’s on a separate canvas is to look at the Stencil Filename. If the filename is followed by a colon (:) and another name, that second name is the Canvas Name. In the following example, the Stencil Name was added using OmniGraffle Pro’s Note inspector.

Another way you can better present the stencils in a Stencil Set is to organize them in the Sidebar. To reorder the objects in the Sidebar, click and drag them up or down in the list:

This sets the order in which your stencils appear in the Stencils Library; for example:

There is no right or wrong way to organize your stencils; just use your best judgment.

To Scale or Not to Scale?

One of the great things about stencils, is that you can take whatever the shape or thing might be, and resize it to the size you need. To aid in this behavior, use the Geometry inspector and turn on the Maintain Aspect Ratio option.

Stenciltown is an online community for sharing OmniGraffle stencils. When you use the Stencils window to search for new stencils, OmniGraffle also reaches out to Stenciltown and displays any results that match your search criteria. And, if you are working on a stencils file, you can also choose File ▸ Submit to Stenciltown to upload your stencils to Stenciltown, directly from within OmniGraffle.

To get started, you’ll need to create an account on Stenciltown. Your Omni ID consists of a username, your email address, and a password. That’s all of the information we require; just make sure that your password is a mixture of upper- and lowercase letters, numbers, and then toss in the occasional symbol. We don’t need your mailing address, names of your children or pets, or anything like that. Your Omni ID is, at the moment, your way of signing into and sharing stencils on Stenciltown.

Don’t be cryptic when naming your stencil file. Use something that aids in findability. For example, you could use something like F1 Circuits 2016 for a stencil set that contains outlines of the circuits for the upcoming Formula One season.

Don’t use underscores or hyphens in filenames. If you have a stencil, such as F1 Circuits 2016 that normally has spaces in it, don’t resort to using hyphens or underscores in the filename if that’s normally how you roll. Leave the spaces in there; they make the stencil name easier to read.

Once you have created your Omni ID for Stenciltown, you can log into Stenciltown directly from OmniGraffle on your Mac. Just follow these steps:

If you want to make changes to the stencil name or description, or to remove the stencil from Stenciltown:

For more information about Stenciltown, or to create your account, see the Stenciltown FAQ.