Well, I don’t know if you are a Batman fan or not, but if you are an AI enthusiastic then this Batman movie script written by AI bot will definitely going to make you crazy. 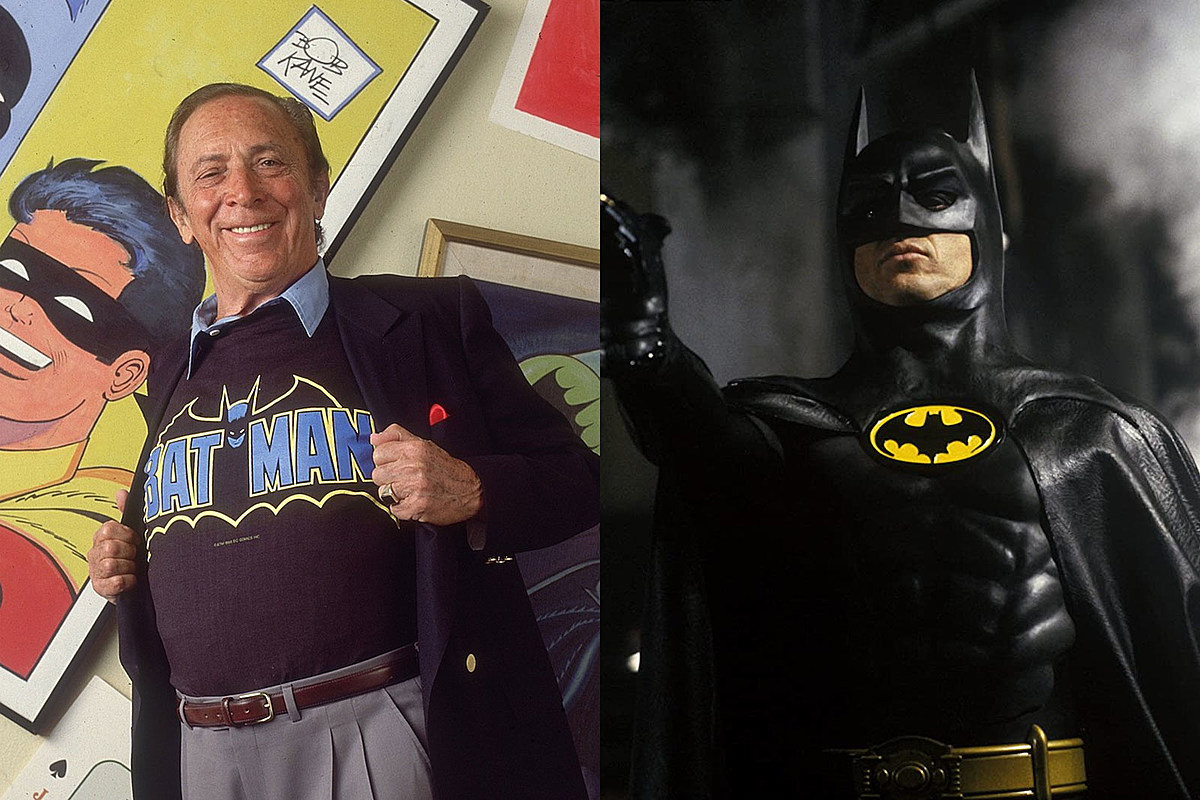 The next movie of Batman is likely to come in 2021 but in the meantime, DC fans are doing what they can to get their Caped Crusader fix. One of such DC fan grab an AI bot with him and watch the old episodes with it.

Keaton Patti is the name of this fan and he has created an AI bot whose specialty is writing scripts. Keaton Patti has trained his bot over mover than 1,000 hours of Batman films.

Recently on his twitter handle, Patti explains his process and shared the first full page of the script. That one page contains more talking points than perhaps all of Batman v Superman: Dawn of Justice.

Keaton Patti said “I forced a bot to watch over 1,000 hours of Batman movies and then asked it to write a Batman movie of its own. Here is the first page.”

The New Yorker, and Comedy Central has also posted the first page of a Batman movie script written by an AI. The result is the script below. It must be read to be believed.

I forced a bot to watch over 1,000 hours of Batman movies and then asked it to write a Batman movie of its own. Here is the first page. pic.twitter.com/xrgvgAyv1L 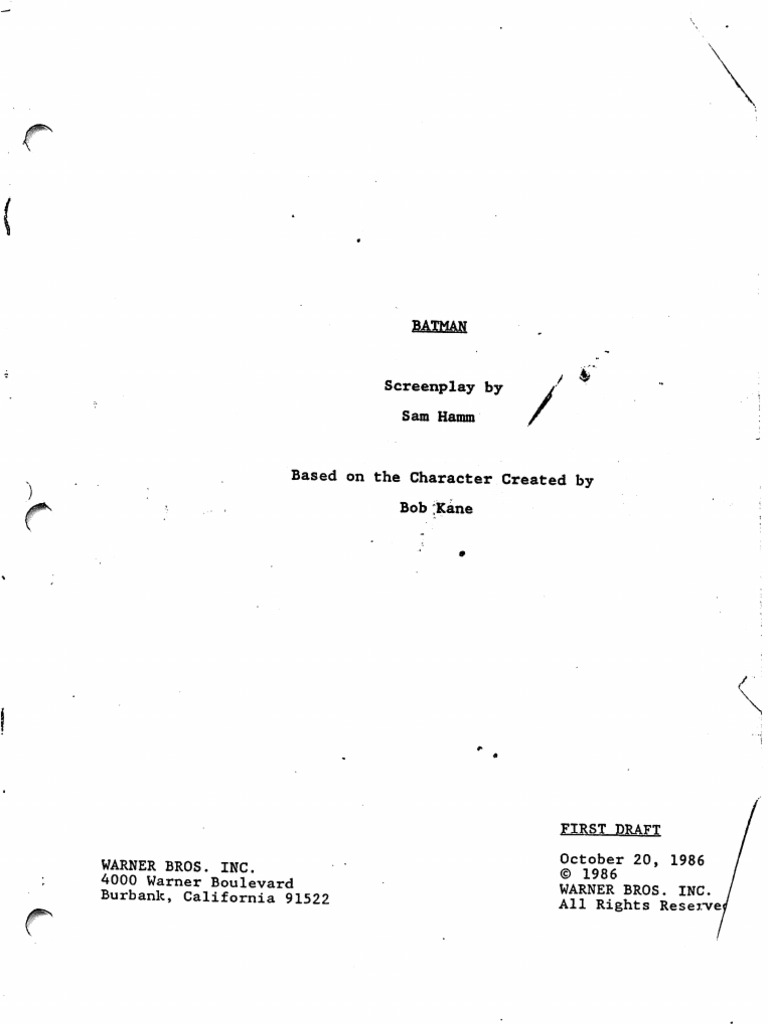 First up, it’s very funny. And lines like “Eat a dinner, Mattress Wayne” and “I drink bats, just like a bat would!” have a certain A1 vibe to them.

The thing kicks off with our hero in the Batcave, who is celebrating as the city is now safe because he, and this is a direct quote, “punched a penguin into prison.” Things get even weirder.

Alfred is Bruce Wayne’s “batler” who refers to him as “mattress Wayne,” as opposed to Master Wayne. And that’s just within the first few lines. To say that things get exponentially more insane from there would be an understatement. 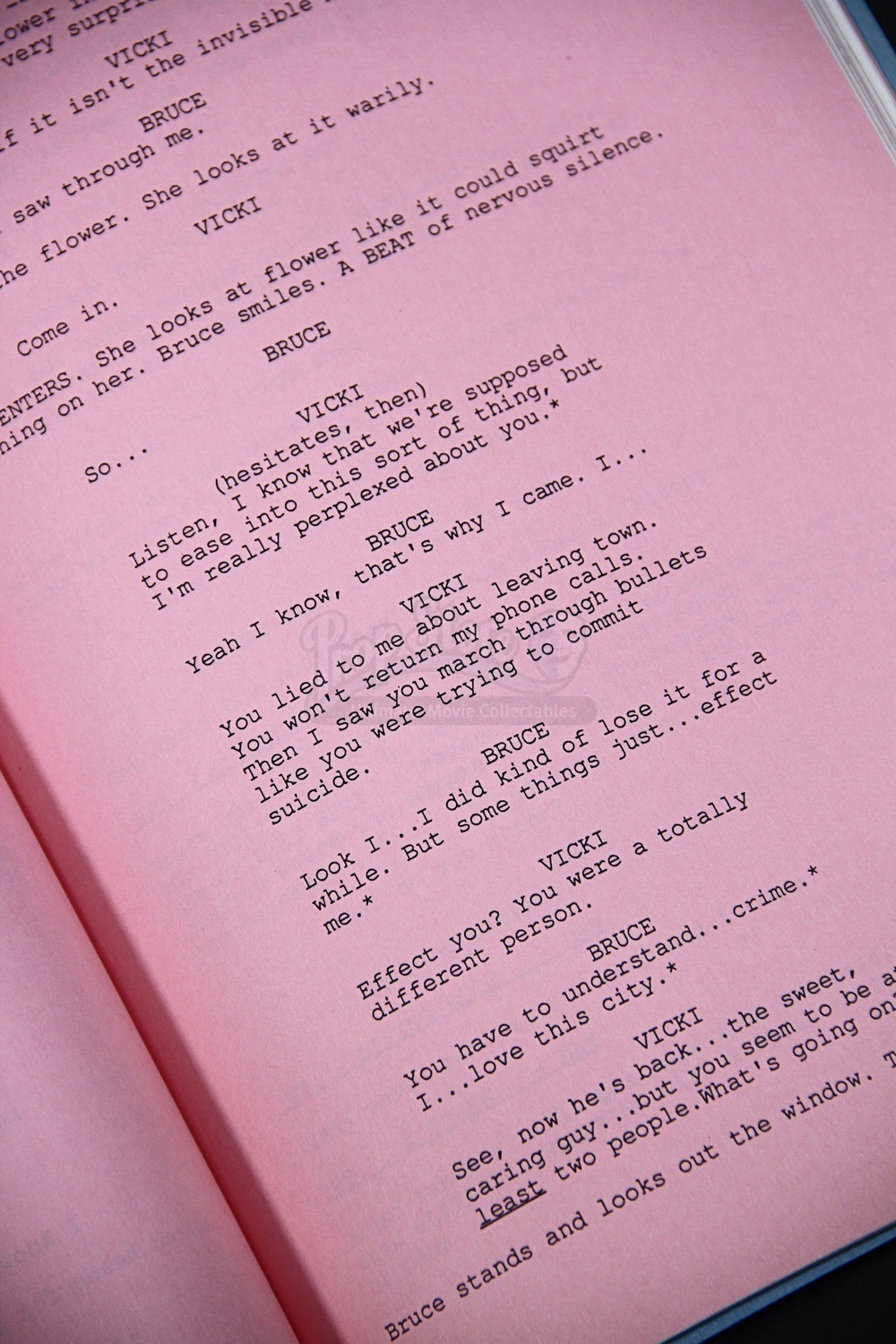 The page revolves around Joker and Two-Face busting into the Batcave who hate him for “being a bat.” As with any good Batman story, we must be reminded that his parents are dead.

However, one has to wonder what the AI was computing when it had Batman say, “Alfred, give birth to Robin.” Readers have to give the AI credit, though, for the joke of an expired coupon for new parents, and the line, “Happy batday, Birthman.”

This script written by the AI though is enough to get just about anyone laughing within the first couple of pages. Hopefully, Patti posts the remaining pages so readers can see what happens next.

The expired coupon for parents? The flipping of Alfred? They just feel a bit too good for a bot, unless Patti’s got a next-level AI from the future that’s come back to stop Connors, in which case he’s really burying the lede.

When it comes to Batman you don’t really expect to laugh since his story isn’t all that comical, but this script will no doubt have you busting up after a while since it’s hard not to laugh at the absurdities that the AI decided to throw in there.

The moment a computer program can think around corners and go psychotic as the average fiction writer, then it might be time to worry since our jobs could be in jeopardy.

It’s impossible to predict where a full AI-written Batman movie would go, but it would certainly be worth a read based on this one page. As for when we’ll get an actual live-action movie centered on the Dark Knight.

I tried to avoid all this, but I can't. This is how it is. It's not a perfect world.
'Winged freak terrorizes'. Wait till they get a load of ME!

Batman is a 1989 film about the caped crusader's fight against his arch-nemesis, the Joker.

Directed by: Tim Burton. Written by Sam Hamm and Warren Skaaren, based upon characters created by Bob Kane. 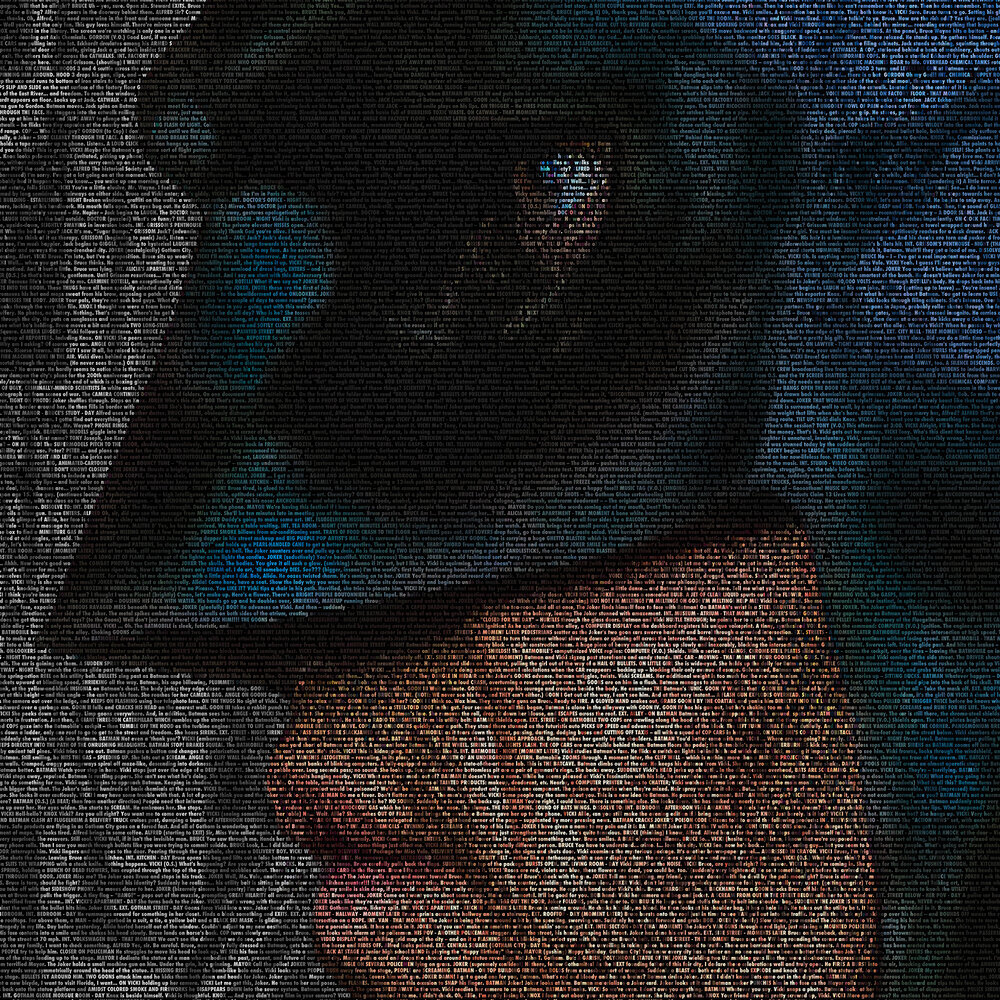 Carl Grissom. That you, sugar bumps? [turns around] Who the hell are you?
The Joker. It's me...'sugar bumps'.
Carl Grissom. [alarmed] Jack? Oh...thank God you're alive! I heard you'd been--
The Joker. Fried? Is that what you heard? You set me up--over a woman. A WOMAN! You must be insane.
[Grissom turns around, reaches for a gun]
The Joker: Don't bother.
Carl Grissom. Your life won't be worth SPIT!
The Joker. I've been dead once already. It's very liberating. You should think of it as...therapy.
Carl Grissom. Jack--listen. Maybe we can cut a deal.
The Joker. Jack? Oh, Jack is dead, my friend. [emerging into the light] You can call me...Joker. And as you can see, I'm a lot happier! [He commences to laugh maniacally as he repeatedly shoots Grissom] Ohh, what a day!

The Joker: So gentlemen, that's how it is. Until Grissom, uh, [chuckles] resurfaces, I'm the acting President, and I say starting with this anniversary festival, we run this city to the ground.
Gangster: Why don't we hear this from Grissom?
Tony: Yeah, and what's with that stupid grin?
The Joker: Life's been good to me.
Tony: What if we say 'No'?
The Joker: Well, Tony, nobody wants a war. And if we can't do business, why, we just shake hands and that'll be it.

Vicki: Some people say that you're as dangerous as the Joker.
Batman: He's psychotic.
Vicki: There are some people who say the same thing about you.
Batman: What people?
Vicki: Well let's face it, you're not exactly...'normal', are you?
Batman: It's not exactly a 'normal' world, is it?

Bruce: What's on your mind, Alfred?
Alfred: I have no wish to spend my few remaining years grieving for the loss of old friends. Or their sons.

Vicki: Hi. Tell me if I'm crazy. But that wasn't just another night for either of us, was it? I mean, we both got to each other, didn't we? Why won't you let me in? Why?
Bruce: You got in.
Vicki: I've loved you since I met you. But I don't know what to think of all this. I really don't.
Bruce: Look, sometimes I don't know what to think about this. It's just something I have to do.
Vicki: Why?
Bruce: Because nobody else can. Look, I tried to avoid all this, but I can't. This is how it is. It's not a perfect world.
Vicki: It doesn't have to be a perfect world. I just gotta know, are we going to try to love each other?
Bruce: [short pause] I'd like to. But he's out there right now. And I've got to go to work.

Batman: Excuse me. You ever danced with the devil in the pale moonlight? [punches Joker and knocks him against a bell, before grabbing him] I'm going to kill you!
Joker: You idiot! You made me, remember? You dropped me into that vat of chemicals. That wasn't easy to get over, and don't think that I didn't try!
Batman: [smirks] I know you did. [punches Joker in the stomach and knocks him through a wall] You killed my parents.
Joker: Wha-what? What are you talking about?
Batman: I made you; you made me first.
Joker: Hey, bat-brain, I was a kid when I killed your parents! I mean, I say I made you, you've gotta say you made me ... how childish can you get? [puts on a pair of glasses] You wouldn't hit a guy with glasses, would you? Huh!?
[Batman knocks the Joker over the side]

Harvey Dent: We've received a letter from Batman this morning. 'Please inform the citizens of Gotham that Gotham City has earned a rest from crime. But if the forces of evil should rise again to cast a shadow on the heart of the city, call me.'
Alexander Knox: Question: How do we call him?
Commissioner Gordon: He gave us this signal!