Ayushmann Khurrana and Sanya Malhotra starrer Hindi film Badhaai Ho hit the screens on 18th October 2018. The film has been doing exceptionally well at the box office. Withing few days of the release, the film entered the 100 crore club making it one of the biggest blockbusters of Ayushmann’s career.

In the film, Ayushmann plays 25-year-old Delhi guy Nakul who is in a serious relationship with his colleague Renee, played by Sanya Malhotra. The film also stars Neena Gupta, Surekha Sikri, Gajraj Rao, and Sheeba Chaddha. Nakul and the entire family gets shocked when they come to know that Nakul’s parents are expecting a baby. Things become awkward between the family members as Nakul can’t digest the fact that his parents got intimate at such an elderly age. The middle-aged couple, though embarrassed, decides to keep the baby regardless of how the society will react. Certain circumstances also lead to the break-up of Nakul and Renee.

However, towards the end of the film, Nakul realizes that his parents weren’t wrong at any point of time. He decides to make peace with the situation and welcome the baby with an open heart. Nakul becomes the big brother of cute baby girl and the film ends with an emotional scene also showcasing his patch up with his girlfriend Renee. The film perfectly shows another taboo of Indian society who lives in a belief that there is a certain age to do things in life. According to our society, there is a certain age to get married, to have babies, to have intercourse. Anything done before and after that age is considered a sin. This film taught a really beautiful lesson while also tickling our funny bones.

The film also showcased the bitter-sour relationship of Saas and Bahu. Nakul’s grandmother was always seen taunting her daughter-in-law for petty reasons. However, in the second half, when the world turned against her for having a baby at the age of 50 something, the grandmother was the one who stood beside her and fought for her.

From being embarrassed to be proud of each other, the film is a perfect satire to that targets the narrow-mindedness of our society. It is a perfect movie for current times for the people who hold conservative mindset and call themselves ‘modern’.

We request you to stay away from such Pirate sites for two reason. First of all, they are themselves not safe as they contain lots of viruses and malware when you try to download something from them. Secondly, the Ministry of Information Technology is at its best vigil to stop piracy. They continuously track IP addresses of users who visit such websites and it could be your unlucky day when your IP address ends up on their list. You will have to face heavy penalties and even jail time.

Technology has its own pros and cons like everything. The Internet is a large part of technology, and like everything, it has its cons and pros. Talking about entertainment, the Internet has provided us with various online platforms to watch our favorite shows without any disturbance, but it has also allowed people to leak films online, shortly after the release on screens which affects the film.

Badhaai Ho starring Ayushmann Khurrana and Sanya Malhotra also became a victim of online piracy. Many illegal sites have uploaded links to download full movie or to stream it online for free.

Badhaai Ho HD Full Movie will be available online soon. If you are looking for badhai ho full movie download, you should wait for a while until it is available on online movie streaming platforms.

Reports suggest that some pirated copies seem to have been shot through a handy camera with poor recording while few have made HD prints available. 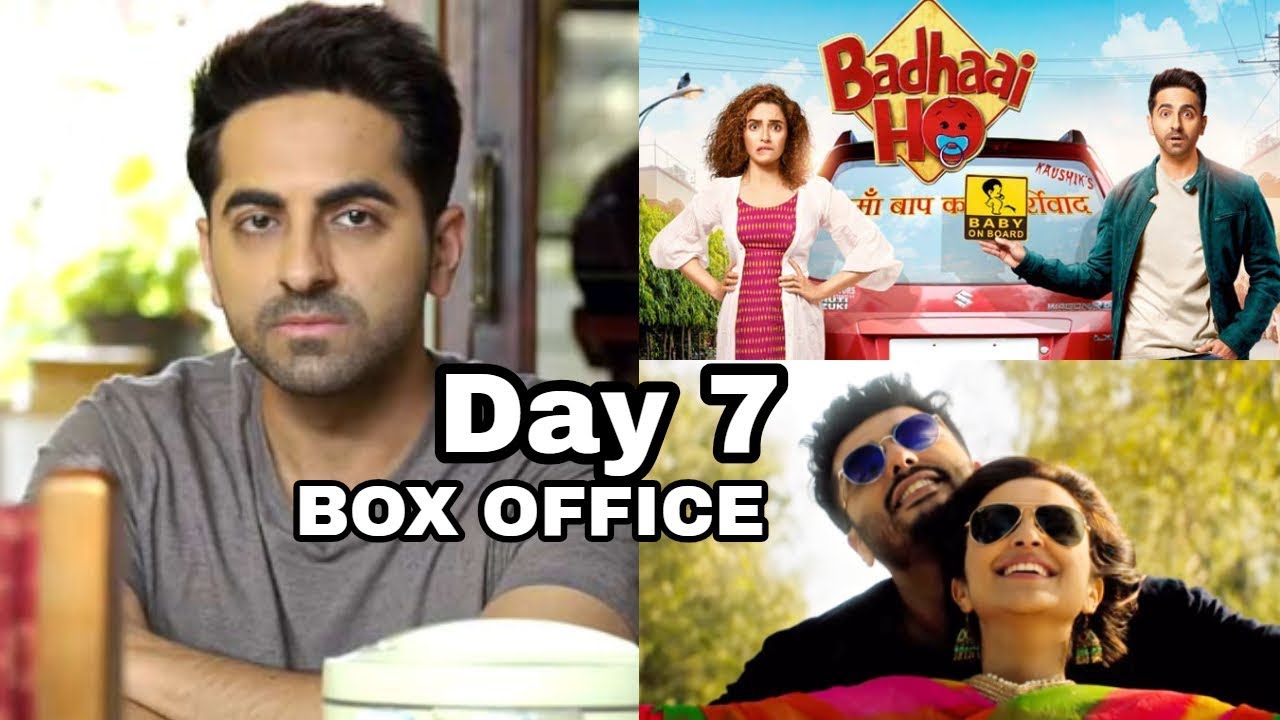 This is not the first time that a film has been leaked online, some movies like Sanju, Great Grand Masti, and Race 3 have also been leaked online. Bollywood is fighting this piracy with the help of cybersecurity and have managed to get some sites blocked. But the Internet is vast, and it is getting difficult day by day.

Badhaai Ho is a story of a middle-aged ticket collector whose wife becomes pregnant at a middle age which is considered weird in Indian culture. Their elder son, Nakul, in particular, wasn’t really looking forward to this new addition to the family. The story is also about how they deal with social embarrassment from friends, relatives, neighbors, and all other parts of society.

The film had opened on an excellent note due to Ayushmann’s brilliant performance in Andhadhun and also because the storyline of Badhaai Ho is impressive to the audience.

The film enjoyed excellent reviews from the critics as well as the audience. It opened at Rs. 7.92 Crores on day one and minted more than Rs. 100 crores in just 17 days at the box-office and gained Blockbuster status.

Badhaai Ho has been leaked online and people can now download the full movie for free. The links are available with 1080p and 720p HD Quality prints from illegal websites. If you are looking for torrents to download Badhai Ho Movie 2018, we would suggest you to stop looking for the same as uploading and downloading movies on the internet from unauthorized sources is illegal in India. People can also face imprisonment for the same.

We advise you to bookmark this webpage and we will update you when the movie is available online from where you can watch it.

The film is directed by Amit Ravindernath Sharma and produced under the banner of Junglee Pictures and Chrome Pictures. On its opening day, the film earned Rs 7.25 crore at the box office.